Particulate matter and the use of electrostatic precipitators 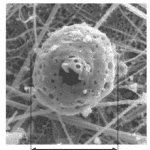 Particulate matter is defined to have a diameter smaller than PM10

Particulate matter is defined to have a diameter smaller than PM10, or 10 microns. Its source is typically attrition, agitation, combustion of fossil fuels, agricultural processes (nitrogen oxides, ammonia, sulfur oxides and volatile organic compounds), and last but not least, the combustion of wood.
In comparison to coarse dust which has hardly any respiratory health-relevant properties, the smallest particles of fine dust easily penetrate the lungs unhindered and potentially lead to a shortened lifespan. The World Health Organization (WHO) estimates that around 280,000 people die prematurely each year in Europe as a result of particulate matter pollution caused by PM10.
The considerable health risk posed by these particles has been known to environmental authorities since the 1990s. As a result, the Swiss Federal Council responded to the newly identified threat by tightening the Air Pollution Control Ordinance (LRV) and setting emmission thresholds for PM10. In Germany, the federal Emmission Control Regulation (BImSchV) regulates the specified PM limits.
Fortunately, there is an easy way to substantially reduce particulate matter: fine dust filters by OekoSolve.

Steps to reduce the pollution by wood stoves

The high separation efficiency of the electrostatic fine dust filters of approx. 80% leads to a substantial reduction of particulate matter emission. OekoSolve and its customers therefore contribute significantly to the improvement of public health.